Last week, Wonder Woman #600 hit the stands. It’s a reverting to an earlier numbering scheme (it follows issue #44), it’s an extra-thick issue, and it’s an anthology.

As an anthology, it’s pretty good. Outgoing writer Gail Simone, whose work I adore, gets to say a quick little goodbye, and a host of other writers and artists contribute some fun little shorts, but the real meat of the issue – the real news of the issue – is a nine-page story called “Odyssey: Prologue – Culture Shock”, by incoming writer J. Michael Straczynski (JMS).

Straczynski is a controversial writer. The iFanboy crew all despise him. I’ve dearly adored most of the work of his I’ve read.

With his story in WW #600, JMS has set up a major departure from the current status quo for Wonder Woman. It seems that there was a divergence in the timestream twenty in-universe years ago, and so Things Are Different Now.

There are shades of “One More Day” here, the JMS-written, Joe-Quesada-driven storyline that essentially reset Spider-Man to his teenage self. That storyline undid Spider-Man’s revelation of his secret identity to the world, brought Aunt May back from the brink of death, and – most infamously – erased his marriage to Mary Jane from continuity.

However, based on an interview JMS gave, this is less “One More Day” and more “Yesterday’s Enterprise“. He’s not trying to create a new permanent status quo, but merely to shake things up a little, to draw in new readers. He gives the impression that he’ll stick with this new setup for as long as it’s interesting, then revert back – keeping whatever elements people respond well to.

So. Things Are Different Now. In JMS’s own words:

As it stands now, Diana was taken from Paradise Island 18 years ago, when she was a child. The island was under a massive assault, and Hippolyta wanted to be sure that her daughter survived. The queen led the final defense of Paradise Island, but in the end was defeated. She and most of the other Amazons were killed, with some taken prisoner while the rest escaped to the four winds.

So Diana’s task now is to a) find out where, how and why the timeline was changed, b) who did it, c) if it can be undone, and d) stay ahead of the forces trying to kill her while e) helping as many of the surviving Amazons stay alive as possible, since they too are still being hunted.

That he calls it “Paradise Island” and not “Themyscira” is worrisome. It ties in with an overall sense that he’s an outsider who knows Wonder Woman by reputation, rather than by current or recent work.

Diana has/had some cool people around her, and it’s a shame to see them go. JMS explicitly mentions in the interview that he wants rid of the existing supporting cast, which is annoying. On the plus side, the new backstory and status quo has the potential to be cool in and of itself. 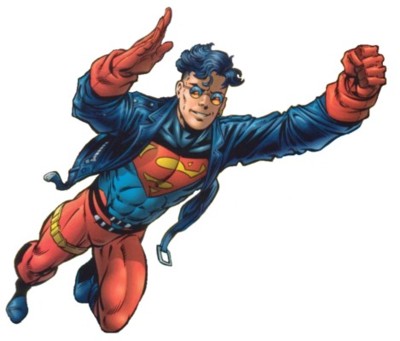 It’s a nifty costume, but I hope and expect that it’ll get refined as various artists play with it for a while. The short jacket is very ’90s. A longcoat would also be very ’90s, but it would be less dated.

The pants I’m okay with. They look good. The timing’s kind of hilarious, though.

Okay. So we’ve only seen nine pages of the New Wonder Woman. We haven’t seen much of a character yet. She’s tough, but other than that… she seems sort of a blank.

When I think of Wonder Woman – and, granted, I’m thinking mostly of the Gail Simone Wonder Woman – I think of grace and empathy and wisdom and dignity and compassion, and I think of courage and clarity and strength of will. She’ll find – or make – a way to avoid having to harm someone, but if no such way exists, she won’t shy away from what needs doing.

I’m waiting to see how many of these traits JMS keeps.